How to confess your sin

Feeling bad about something you've done? That's a good start. It's not enough to gain forgiveness, make it right, or change the behavior, but it's a good starting point. This little explanation below might help you to understand how to confess a sin and get victory over it (in other words, stop doing it again and again!). 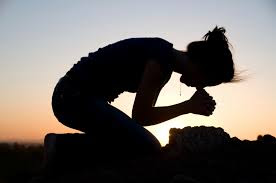 The whole thing begins when you do something bad (i.e. selfish, unkind, harmful, cruel, debilitating, disrespectful, addictive, etc.). God's standard is holiness, so pretty much that dumps most of our behavior in the unholy category. Event most of the nice things we do, we do with ulterior motive--being nice to others helps our lives function better. But after we do something wrong, the need for confession begins--


1. You feel guilty. The question to ask yourself is--how does this behavior line up with God's standard? Then you know if the guilt is from God or you mother. (Sometimes they agree on the standard.) If God says it's wrong, it's wrong, no matter what the government or your friends think or what great reason you can give for its occurrence.
2. You apologize for the behavior, to the person you hurt and to God. This is confession. You must call it what God calls it so you consider it in all its nastiness. Without looking at the depravity of your choices, you won't want to change them; you will only hope to change the ramifications of your choices. Don't make excuses about how you didn't mean it or how you reacted to their actions out of habit. You sinned. If you don't own it, you will continue to do it. And it will own you.
3. You ask for forgiveness. This is a crucial step for you and for the offended party. It frees you both to continue the relationship. Without forgiveness, bitterness and resentment build up, and they will destroy you.
4. You ask how you can make it right and make it right. This is called restitution. Correct the gossip, return the money,  give up whatever is needed. Restitution hurts. Because it hurts, it's a great preventative for repeating the behavior.
5. Replace the behavior with the opposite behavior. This is called repentance, a turning away from and moving in the opposite direction. In Eph. 4:25, the Apostle Paul says to "put off lying and speak truth." Whatever you're doing wrong, stop doing it and start doing the opposite. If you don't replace it, you will slip back into it.

Victory! Yes, confession and repentance is a process, but it's a process that leads to victory. Don't take any shortcuts to repentance just to assuage your guilt. Do the work. You will reap the rewards of peace and victory in your life. You will change.

1 Jn. 1:9--"If we confess our sins, he is faithful and just to forgive us our sins and cleanse us from all unrighteousness."

confession feeling bad forgiveness God how to confess offended repentance restitution sin sue schlesman susan walley schlesman
Reactions:
Sue Schlesman
I am passionate about the Christian calling, my family, and the arts. And dessert and travel. And being outside in the beautiful world God has created.

Sometimes, we notice our children slipping away from active faith. Or we notice stagnant lives, and we stress about them taking a spiritual nose-dive. Or perhaps they are actively pursuing God, yet we worry about outside influences. And then there are those frightening times when they just don't care about God at all; perhaps they are making dangerous and sinful choices. And we can't stop it. BUT WE CAN PRAY! Here's a prayer of spiritual warfare  to pray over your wayward child: Dear Father in Heaven, You understand a parent's heart. You know that even though I trust You, it's so hard to leave my child completely in Your hands. I'm worried, even angry about the evil influences that push against ________. Please place Your hands around _________ and guide him/her into Your presence. Give him/her a thirst for You and a dissatisfaction for the pleasures of this world. Place people in _________'s path to influence and encourage him/her toward the h
Read more 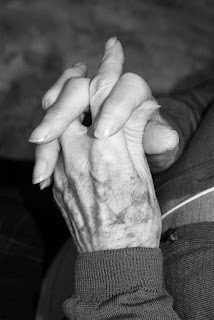 Lord God, the Holy One-- You are gracious and full of awesome power and purity. Holy, holy, holy is the Lord God Almighty. I come today on behalf of someone else. I want to pray for ________'s repentance, so first I must ask you to forgive me of my wrong-doing and selfishness. Convict and remove all the little pet sins I shelter in my life, the things I say aren't a big deal. Root them out. I'll brace myself. I know it will hurt a little to be honest with myself and change my will and behavior. But when I do, I will have peace. Forgive me, please. So now I ask you to forgive __________. I confess on his/her behalf. Forgive him/her for rebellion, selfishness, pride, and ignorance of Your laws and Your expectations. Moses confessed for Israel, and even though they rarely repented, You had compassion on them, for Moses' sake. You showed grace and mercy and lovingkindness. Because someone cared enough to ask You for it. Show Your lovingkindness to
Read more